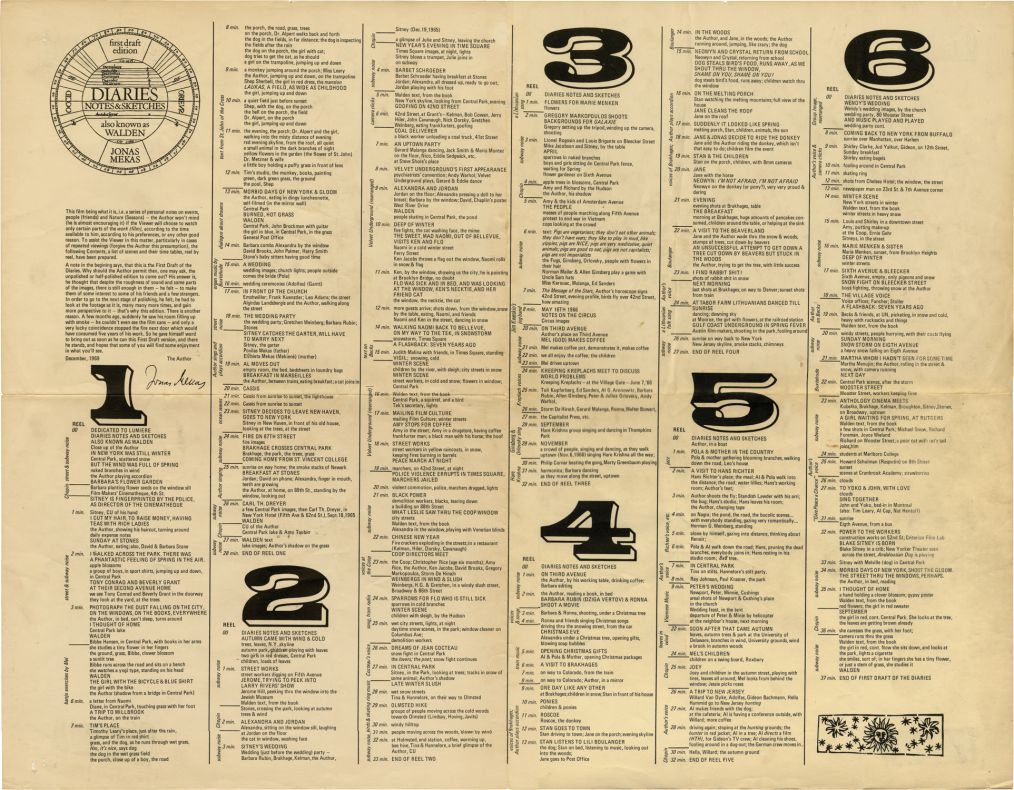 Noting the centennial of Lithuanian poet and filmmaker Jonas Mekas, Index will be hosting a three part screening series showing Mekas’ experimental diary film Walden from 1968. Using Walden as a point of departure, the series will spotlight Mekas’ important role as enabler, organizer, connector of people, and devout advocate for art.

When premiering the three hour long Walden, Mekas created a schema, a sort of map guiding viewers through the film. The brief introductory text to the map states that “the Author won’t mind (he is almost encouraging it) if the Viewer will choose to watch only certain parts of the work (film), according to the time available to him, according to his preferences, or any other good reason”. Following this logic, each session will contain the screening of one of Walden’s six reels, followed by a discussion between invited guests.

This first session is inspired by Mekas’ role in creating Anthology Film Archives and his legacy of fighting censorship and championing the work of queer filmmakers. It will focus on building archives for material which has been misrepresented or excluded in traditional writings of history, and methods for promoting and disseminating queer art.

The series is produced by Index in collaboration with the Lithuanian cultural attaché in Sweden, Finland and Denmark. It is produced in partnership with Lithuanian Culture Institute.